The UK has earned a reputation for being a nation of dog lovers and there are more than 9 million dogs living in households across the UK, with almost one-quarter of British families owning one or more. Businesses are also recognising the impact the dogs in the office can have on employees’ well-being and productivity and they are now encouraging them to bring their dogs into the office by creating workplace policies that are pet friendly. 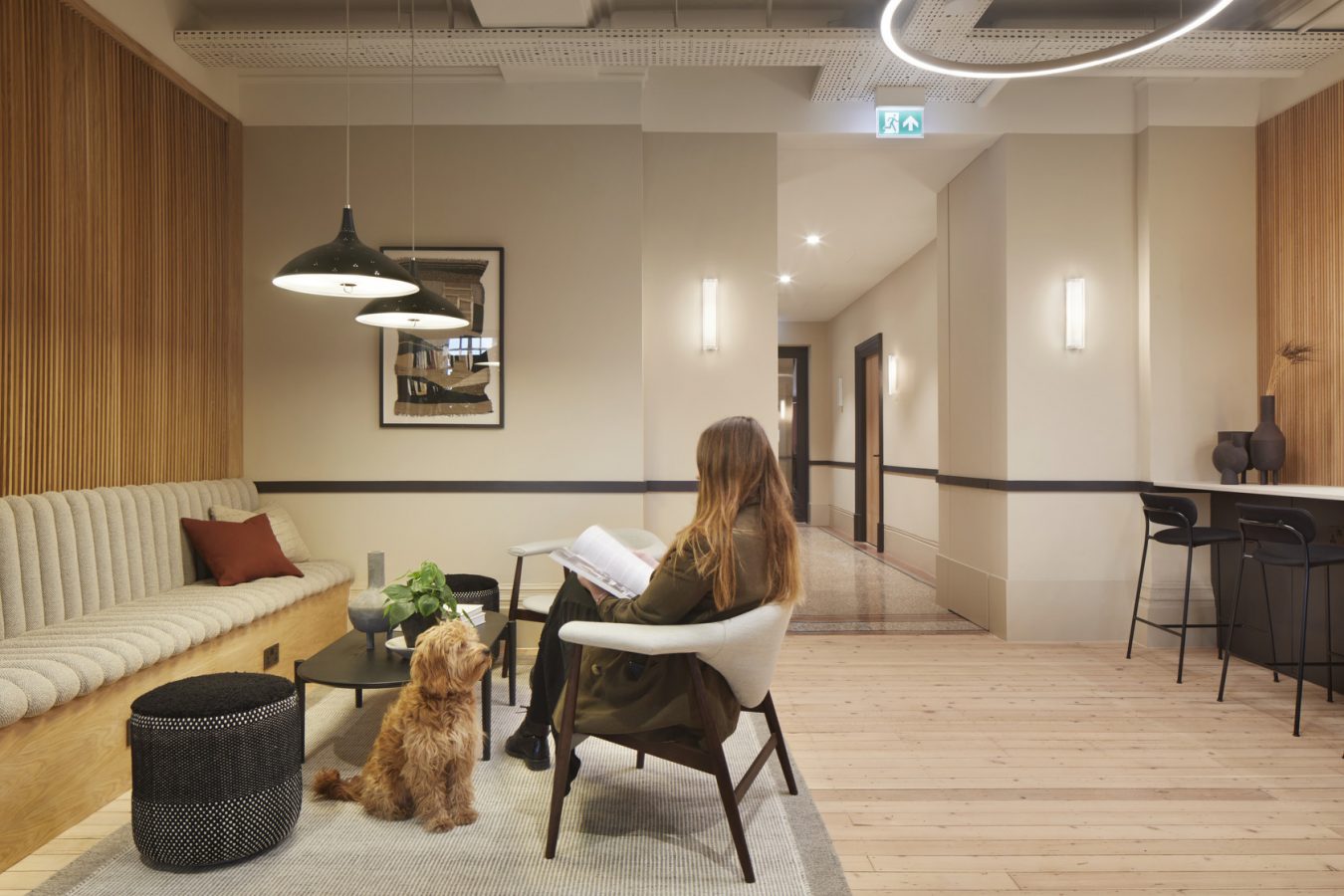 Google, Amazon, Ben & Jerry’s and several other international successful businesses welcome dogs into their premises. Some companies have created specialist job titles for their office pets. Euka is the Vice President of Canine Communications at P&G Petcare, while Milford is the Chief Executive Dog at the Build-a-Bear workshop.

Besides the employee amusement aside, studies have shown that dogs can bring a number of financial and work-related benefits, such as lower levels of stress and improved workplace morale which in turn leads to enhanced employee performance.

The study examined 75 workers at a manufacturing company and compared those who brought in their own animals, those who owned dogs but left them at home and staff who did not own pets. During a week-long period, the researchers measured job satisfaction and compared employee stress hormone levels using saliva samples.

During the course of each work day, stress levels of employees with their dogs present declined by 11%. For non-pet owners and dog owners who left them at home, stress levels increased by up to 70%.”

Numerous studies into cardiovascular health have found that owning a dog can significantly lower your risk of developing heart disease, therefore, the simple act of petting a dog has been proven to reduce blood pressure and has also been associated with lower cholesterol and triglyceride levels. At the same time, having dogs in the office also gives employees an excuse to get out of the workplace and take a walk during their lunch break. Keeping active during work hours is vital as the sedentary office lifestyle has been linked to obesity, diabetes and several other health issues and this is why an office dog provides a constant reminder to get up and take a brief pause from your screen.

Office productivity can be improved if employees gain regular exercise throughout the day, for example, when an individual exercises, blood flow to the brain increases which sharpens alertness and ability to tackle big projects. Furthermore, regular exercise can improve the body’s immunity to illness. Absenteeism costs the UK economy an estimated £36 billion each year. Encouraging staff to exercise could help cut the number of sick days staff take and reduce the financial impact it has on business.

Dog allergies and animal phobias need to be carefully considered

Office pets are not always the most sensible solution to workplace morale issues. Despite the many health benefits of allowing dogs in the workplace, certain aspects could also prove to be detrimental to an employee’s health. In the UK, more than 5.4 million people suffer from asthma. 40% of sufferers are also sensitised to dog allergen. In a scenario when an employee allergic to dog allergen comes into contact with an office pet, they could suffer from rashes, panic attacks and in extreme cases severe respiratory disorders.

In addition to animal allergies, some employees may have a genuine phobia of animals. Many people would not find a dog in their workplace a calming presence. In conclusion, the dog may become a source of stress and could severely hinder their productivity.

How to convince your boss to allow dogs in the office

Convincing your boss about how beneficial a pet-friendly office could be, might be something of a challenge. Here are four ideas that might help: (1) find out if your colleagues support the idea (2) do your research to show how the benefits will increase productivity (3) suggest a trial bring-your-dog-to-work day to see it in practice and (4) agree a set of rules for the dogs and their owners!​

Next Up
What is retrofitting in the built environment?
Retrofitting refers to refurbishment works where new features or technology systems are added to an existing building to make it more sustainable, improve its safety and enhance the level of comfort.
Previous
Reflecting on being Open for 21 years with Peter Smith, Managing Director
As we're now celebrating being Open for 21 years, we took a moment to reflect on those 21 years with Peter.