A historical timeline of office design

The office design has transformed beyond all recognition during the past century.  As technology has progressed, office culture and communication have adapted accordingly and tech companies have a great impact in redefining the future of the workspace design. The advent of digital technology and the popularity of flexible working have contributed to the more recent changes in the modern workplace, but the office has been in a state of constant evolution since the early 1900s.  Here, we take a look at the decades that sparked key changes in office design and compare how different working life is now compared to 100 years ago. 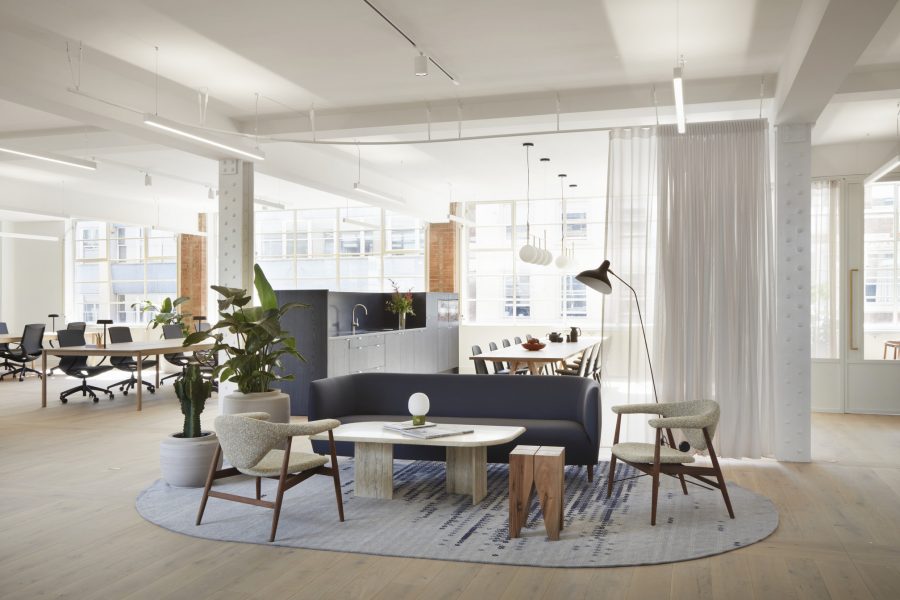 The 1900s: The industrial origins of the office design

American engineer Frederick Taylor is credited with being one of the first people to create an office design. He was one of the intellectual leaders of the Efficiency Movement that was highly influential during the progressive era of the late 1800s and early 1900s.

Primitive office layouts were straight, linear and heavily influenced by the manufacturing industry. Much like on a factory floor, Taylor crowded workers together in an open-plan environment while those from the upper echelons of the organisation looked on from private offices.

Rather than promoting efficiency, it was soon realised that these ‘Taylorist’ layouts discouraged productivity, instead of generating discontent among employees. However, the industrial layout endured both world wars and survived for more than half a century before the socio-democratic appetite of the 1950s spelt the end of rigid and ineffective structures.

The 1950s: Bürolandschaft and the dawn of office collaboration

Changes to office design during the fifties were largely politically motivated, with the socialist values of the mid-twentieth century Europe permeating the workplace. Businesses began to steer away from top-down hierarchies and moved towards more socially democratic layouts that encouraged communication and collaboration.

The Bürolandschaft movement produced the first of what we now commonly call open-plan offices. Open plan layouts are still popular today, particularly with millennial workers. However, the high level of interaction between colleagues increased the potential for distractions, while a lack of privacy and the easier spread of illness also presented issues with the layout.

With open-plan spaces the norm by the late 1960s, many organisations seeking to bring a degree of privacy back to the office floor. The cubicle was invented – a way to stay open while having some personal space. While the original intention of the cubicle layout was never to compress as many employees into a space as possible, this is precisely what began to happen.

In the 1980s, profit-hungry corporations saw the rewards gained from squeezing as many workers into a space as possible. This resulted in the ‘cubicle farm’ layout, where linear rows of cubes were considered most efficient. The first computers were introduced and staff became connected virtually rather than physically, calling from one cube to another instead of meeting in person.

Standardised furniture was cheap to buy in bulk and brought a minimal, consistent identity to the workplace. This generic approach allowed little personality to come across, stifling creativity and making offices across the world indistinguishable.

The new millennium brought a new ideology: office design flexibility. Businesses realised that employees didn’t really need to be in the office at all, for instance, the rise of coffee shops and wireless technology freed employees from their cubicles.

Companies also recognised that by paying more attention to staff morale, levels of productivity were likely to increase. Consequently, the new wave of workplace design blurred the line between work and social life. The office design environment was gamified to create work and leisure time in one space. Creative companies lost their corporate facade and filled their premises with bright colours, pinball machines, and pool tables.

The 2010s: The office community and sustainability

Businesses realize there is more to a well-designed office than vibrant furniture and a games room. Workplaces are now designed to encourage a sense of community and collaboration. Open plan layouts continue to be popular, with the addition of optimized spaces such as meeting pods, collaboration rooms, and breakout areas. Permanent office space has become less essential, with more focus on ensuring employees can work remotely if they wish to.

One of the most interesting developments in modern office design is that layout is no longer designed with the employer in mind, instead, the needs of the employee are paramount. Research has found 88% of millennials want to work for a company that’s socially responsible and ethical. As a result, modern offices incorporate sustainable design and take energy-reducing measures such as going paperless to ensure their building is as eco-friendly as possible.

Next Up
The impact of office temperature on health and productivity
Adequate temperature control is required to keep employees comfortable and concentrated on work.